“I decided to become a doctor out of a very strong desire to help those in suffering, to reverse or cure diseases, and to bring joy and happiness to others. This is reflected both in the choice of my profession, as well as the subsequent choice of my specialties within medicine.”

I received my medical education at the UCLA School of Medicine. Throughout my training, I have been blessed with outstanding teachers and extraordinary opportunities. During my second year at UCLA, I studied pharmacology with Doctor Louis Ignarro, an outstanding scientist and teacher that went on to receive a Nobel Prize for his work related to the biological effects of Nitric Oxide.

Between the second and third year of medical school, I completed a post-sophomore fellowship in Anatomical and Surgical Pathology at the UCLA Department of Pathology. During those years, we were only beginning to discover the meaning of AIDS and diseases associated with it, and I was involved in one of the early publications of the results of AZT treatment for AIDS.

After my cardiovascular surgery rotation, Doctor Hillel Laks, then the chief of cardiac surgery at UCLA, recommended me for Cardiovascular Surgery Externship and a Mitral valve repair course at “Le Club Mitrale” at Hospital Broussais in Paris, where I studied Mitral Valve repair techniques valve with Professor Alain Carpentier.

After medical school, I decided to pursue a career in cancer surgery because cancer seemed to be the disease that was causing the most devastation, both physical and emotional, and it was also the most challenging opponent with infinitely varied and usually fatal presentations. I chose cancer surgery because it seemed to be the only method that had the chance to cure this plague. To master this science the best, I chose the M.D. Anderson Cancer Center in Houston, Texas for my training. 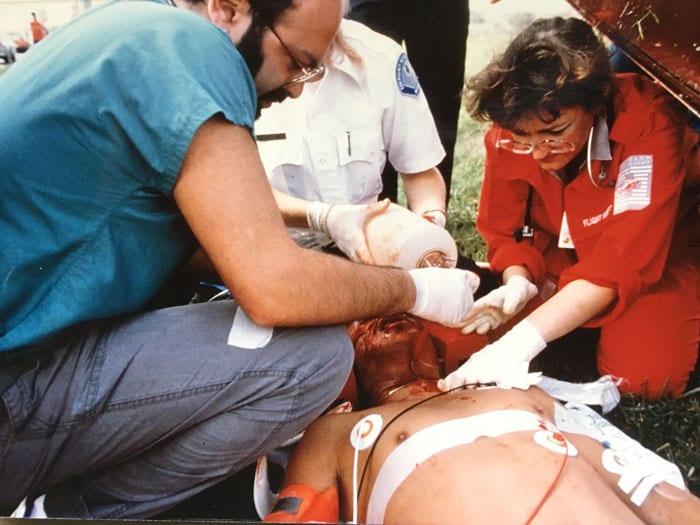 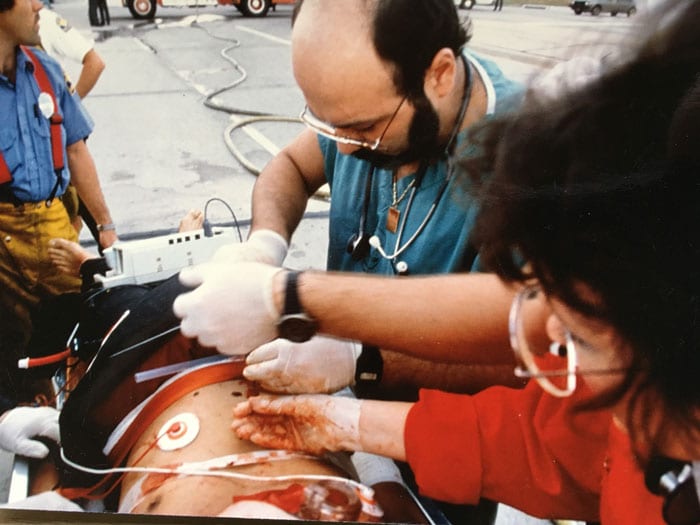 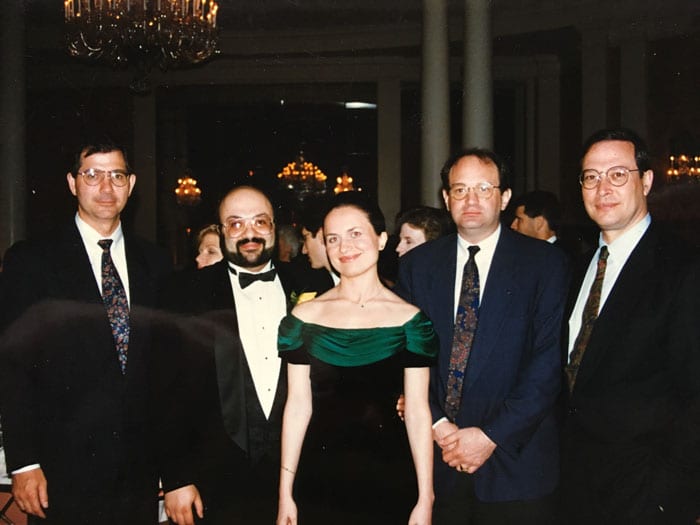 While in fellowship, I was involved in the development of a melanoma vaccine with Dr. Donald Morton, with our work published in Annals of Surgery as well as the first operations of Intraoperative Lymphatic Mapping and Sentinel Lymph Node Dissection for Melanoma and Breast Cancer with doctors Donald Morton, MD and Armando Giuliano MD, and Liver Resection, Cryoablation and Radiofrequency Ablation (open and laparoscopic) for primary and metastatic liver tumors with doctors Kenneth Ramming MD, and Leland Foshag MD at John Wayne Cancer Institute.

I began implementing these techniques as I started working in private practice in 1997, based out of Cedars Sinai Medical Center, Century City Medical Center, and Hollywood Presbyterian Medical Center. At the latter two hospitals in Century City and in Hollywood, I established and directed multidisciplinary breast cancer treatment centers. Our Breast Centers were providing state of the art care utilizing techniques such as Intraoperative Lymphatic Mapping and Sentinel Lymph Node Dissection, while also being involved in the care of indigent, uninsured, and underinsured women by providing free breast cancer screenings, early detection, and treatment under BCEDP (Breast Cancer Early Detection Program) and BCTF (Breast Cancer Treatment Fund) programs.

At Century City, I was also involved with treatment of the primary and metastatic tumors of the liver using resection, as well as new, evolving therapies such as Cryoablation and Radiofrequency Ablation (Link to liver video). I was also using these techniques while I was teaching surgical oncology at City of Hope Cancer Center and at UCLA Center for Health Sciences. (Video of interview with Arjoyan and Karlubian?)

In 2001, during a minimally invasive surgery conference in Snowbird, Utah, organized by Dr. Phillip Shauer from Pittsburgh University, I saw the Lap-Band Procedure for the first time as it was being presented by Dr. Guy-Bernard Cadiere. This procedure fascinated me by virtue of its simplicity, safety, efficacy, adjustability, and reversibility. I spoke with Dr. Cadiere, one of the Lap-Band pioneers, and several months later, I was in Brussels to first undergo the procedure myself, and then to perform the procedure on several patients together with my surgeon. 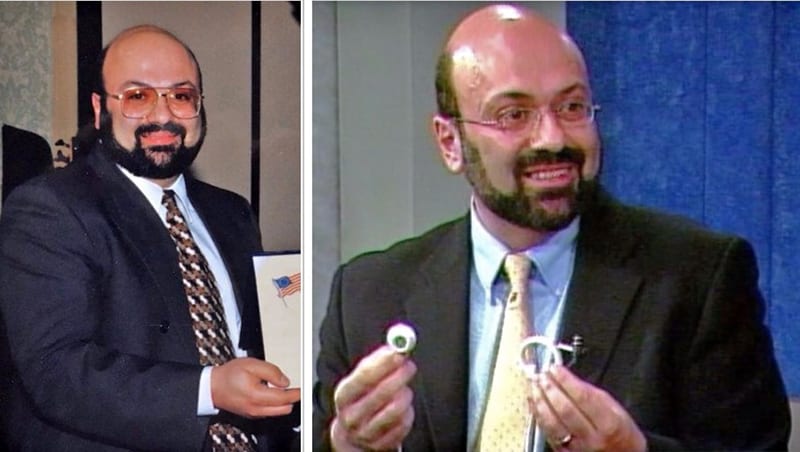 As I’ve been fortunate to receive the best possible education in the field of Oncology, I have always been striving to replicate the same level of excellence in the field of obesity treatment.

I have also maintained the view that, as it is the case in Oncology, for better outcomes, the treatment of obesity needs to be comprehensive and multi-disciplinary. In addition to surgical weight loss and bariatric procedures, our treatments include medical weight loss, diets, medications, behavioral therapies, exercise, as well as the newer, technologically advanced approaches such as gastric balloons and other endoscopic therapies.

As a member of the scientific advisory board of the company Ellipse technologies, I was involved in the development of a patent for remotely adjustable advanced Gastric Banding systems.

BOARD CERTIFICATIONS AND PROFESSIONAL SOCIETY MEMBERSHIPS

I hold a firm belief that to overcome diseases like cancer or obesity, which are both major causes of morbidity and mortality, it is going to take not only major advances in science and technology and commitment on the part of individual patients and physicians, but also a huge investment in public education. In order to contribute to this larger goal, I have been involved in numerous public appearances, lectures, interviews on PBS, KDOC, Univision, Azteca-TV, and other media outlets (Links to these interviews, one per network).

Using my knowledge of many foreign languages, I’ve also been involved in the education of local ethnic communities (Hispanic, Russian, Armenian, Romanian, and others) [include pictures of Lectures.

In addition, I have been involved with on-line obesity communities such as lapbandtalk.com, obesityhelp.com, and Obesity Help Magazine (member of E very dedicated, first class team of assistants and physician extenders ditorial Advisory Board), to provide patient guidance and education beyond my private practice.

During this period, I was on the Board of Directors of several charitable organizations. As the President of the Armenian American Medical Society of California and as a board member for the Valley Chapter of the American Cancer Society, I organized several joint projects on breast cancer and other cancer awareness among Armenian women in Los Angeles. In recognition of my work, I received numerous commendations from the City Mayor’s Office, California Governor, California Assembly, and U.S. Congress. 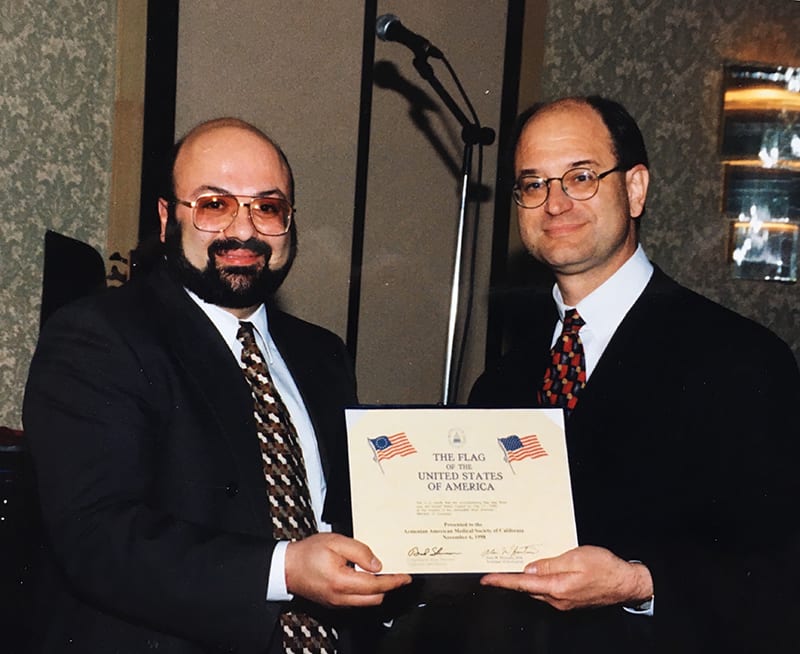 As a member of the Board of Directors of the American Russian Medical and Dental Association, I worked with the Jewish Federation to organize a fundraiser for the “Jews in Crisis” project which raised $260,000 for Sourasky Hospital Trauma Center in Tel Aviv, Israel. 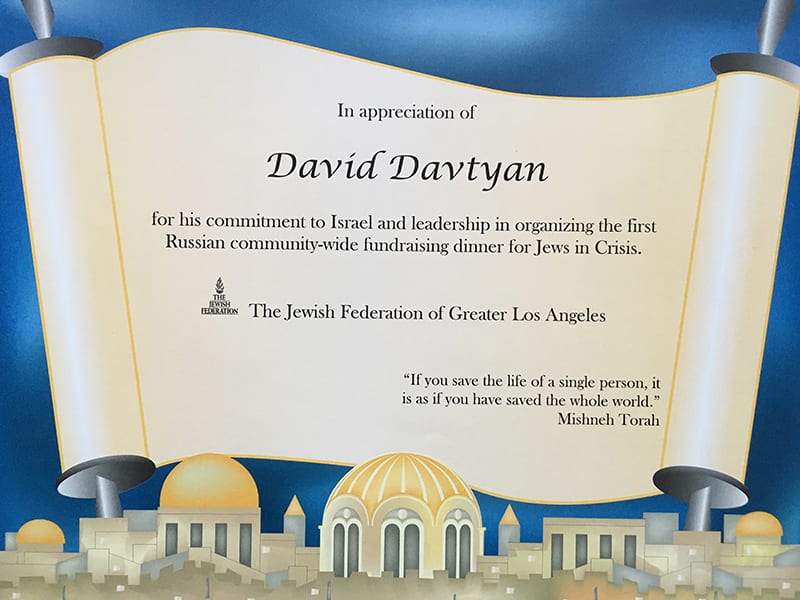 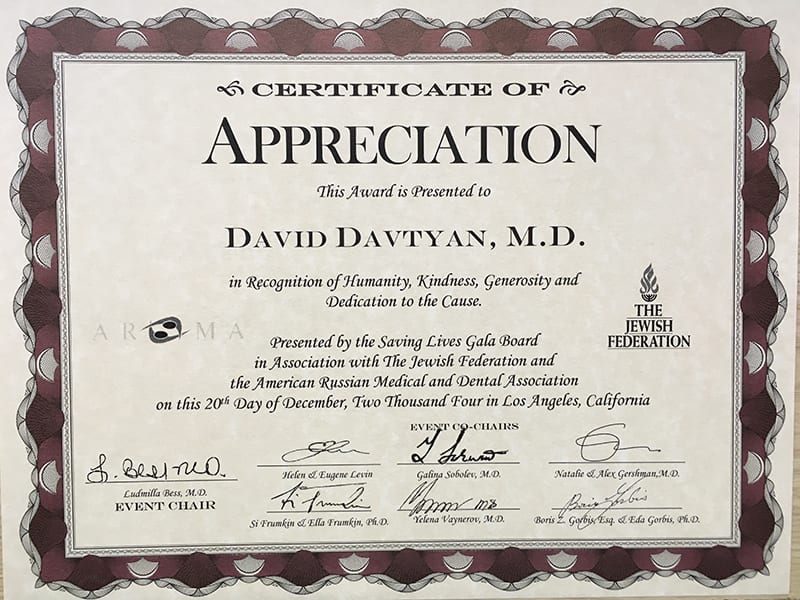 At our centers, we cultivate a warm and welcoming environment for our patients. This is made possible by a dedicated, compassionate, and highly experienced team of medical assistants and physician extenders who have worked with me for over ten years. Led by the kindhearted, thoughtful management of our Practice Administrator and COO Nune Badalyan, our staff members Arsine Antekelyan, Rima Kamali, and Barbara Gasparyan have not only painlessly guided hundreds of our patients through the insurance approval process, but have also motivated them to reach the peak of their weight loss potential. My team’s professionalism and empathy toward our patients add a unique dimension to the care that I provide. 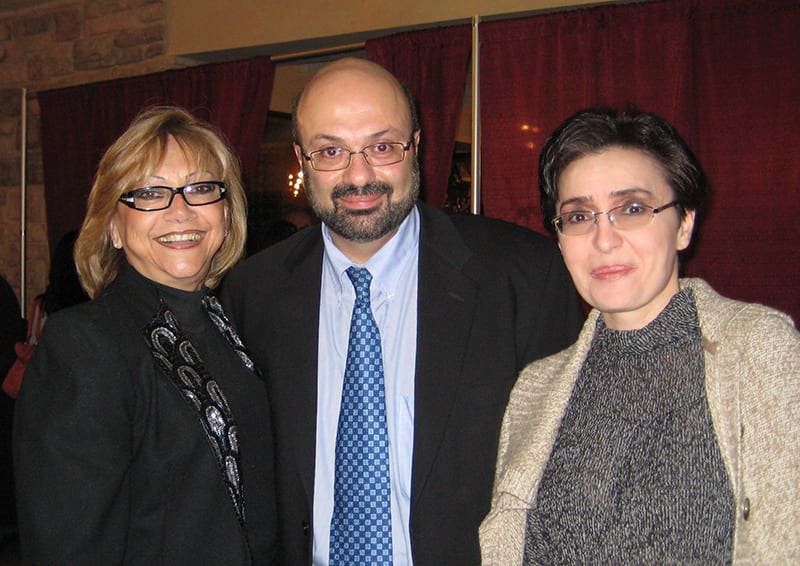 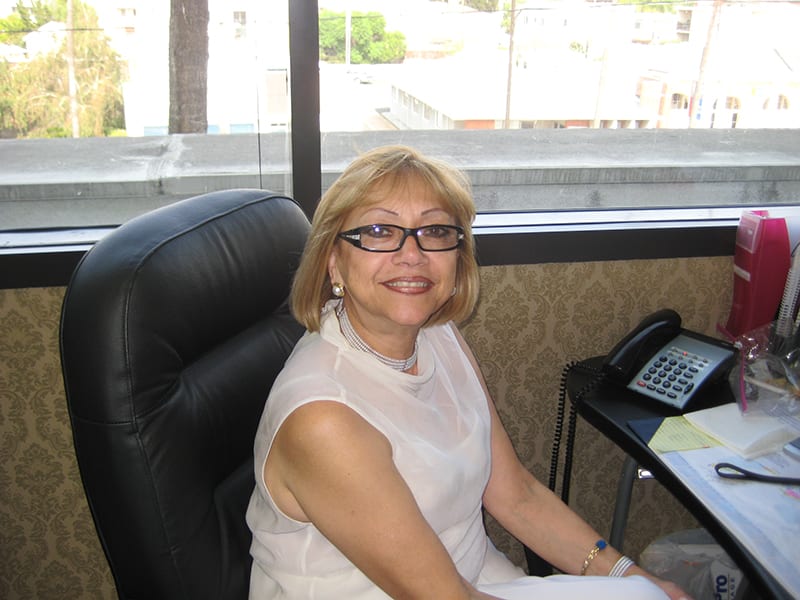 I benefited from tremendous support from my family. My father, an opera singer, and my mother, a history teacher, were always very supportive of my every undertaking. My wife, who I met in medical school, has been my strongest supporter since, and has been the greatest inspiration for most of my achievements. I am extremely grateful to my wonderful wife and children, who bring joy to my life and inspire me to excel both as a surgeon and as a family man. 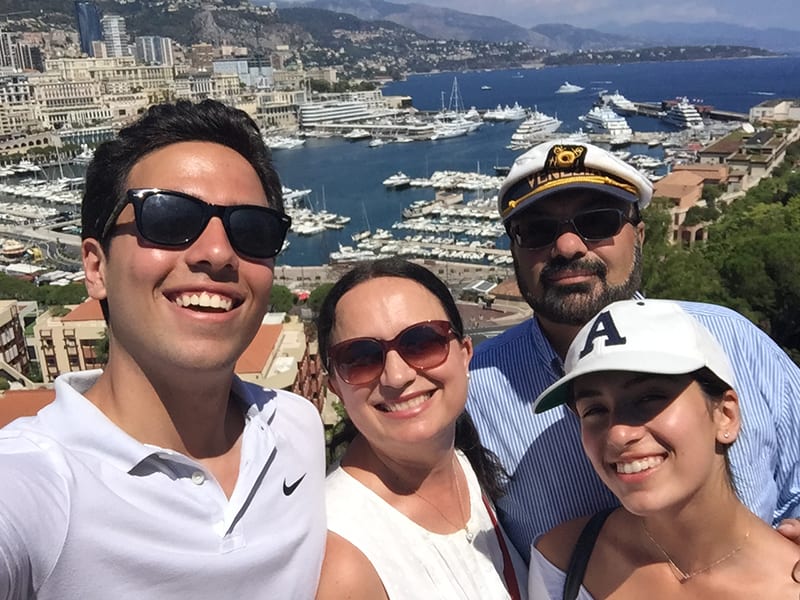 return to About Dr. Davtyancontinue to Qualifications