What Is It Like to Have an Orbera Gastric Balloon? 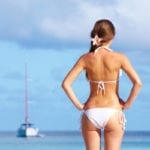 Looking to shed those extra pounds quickly and painlessly? Maintaining a strict diet and a regular exercise regimen are popular ways to lose weight, but sometimes, we need a little extra help in achieving our weight-loss goals. Not all of us are open to the idea of getting bariatric surgery done, since the idea of […]

Adjustable Gastric Banding From Another Perspective 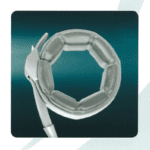 Adjustable Gastric Banding (AGB) is a misunderstood weight loss surgical procedure that has helped thousands of patients suffering from obesity for 24 years. Most bariatric surgical procedures such as the lap-band, require multiple interventions (beginning with least invasive to more invasive) during a patient’s life, just like other chronic diseases. While the article in JAMA […]

Now I have no more diabetes, and sleep apnea.

I am so grateful to Dr , that I wake up every morning, and ask God to bless him! I had the surgery five months ago, it was very smooth. Dr. Davtyan’s team was very nice and they made me feel very comfortable. Now I have no more diabetes, and sleep apnea. I passed […]

I would refer anyone who wants to get lap band done to Dr. David Davtyan

I was referred to Dr. by my friends and family. We trust him completely. My lap band surgery was simple; I was back on my feet in 1 week. Dr. Davtyan staff is knowledgeable. I feel very comfortable talking to Dr. Davtyan. I was 50lbs overweight 2 years ago. Now I can get around much […] 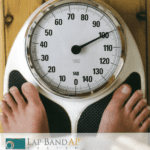 Overweight Young Adults Risk Early Death A study published in Aug 2011 in the Journal of Adolescent Health found that being overweight at 25 years old increased the risk of early death by 21%. That risk went up to 28% if a young adult with a higher BMI (body mass index) also smoked, drank alcohol, […]

Dr Hany Abed doing research at the University of Adelaide has shown that obesity directly causes electrical abnormalities in the heart. Evidence shows that obesity can increase blood pressure, change the structure and size of the heart muscle, the way the heart works, contracts, and its electrical function. Electrical dysfunction of the heart leads to […]

A new study published in the Journal of Clinical Endocrinology & Metabolism showed that a patient diagnosed with fatty liver found on an ultrasound exam strongly predicts the likelihood of developing diabetes type 2 in 5 years . Over 11,000 patients were followed for 5 years . They compared patients with high insulin resistance with […]

A study published in the British Journal of Cancer found that physical activity can reduce the risk of developing polyps by 16%, and developing large or advance polyps by 30%, and the risk of colon cancer by 25%. An analysis of studies involving over 250,000 patients, found less precancerous colon polyps in those individuals who […]